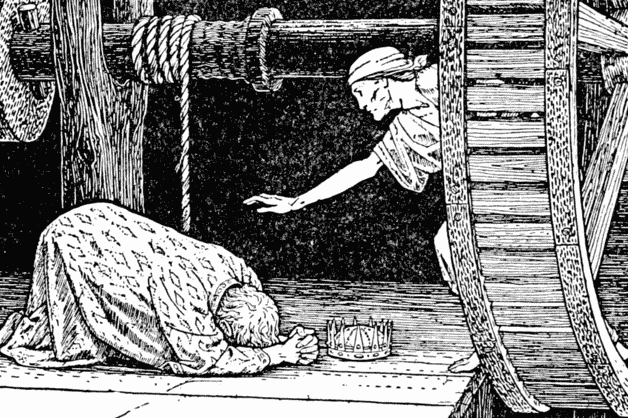 When the king heard all this, he hastened to embrace his children, and then went to find his poor wife, who was reduced to skin and bones and was at the point of death. He knelt before her and begged her pardon, and then summoned her sisters and the nurse, and when they were in his presence he said to the bird: “Bird, you who have told me everything, now pronounce their sentence.” Then the bird sentenced the nurse to be thrown out of the window, and the sisters to be cast into a cauldron of boiling oil. This was at once done. The king was never tired of embracing his wife. Then the bird departed and the king and his wife and children lived together in peace.