About: Irish folklore and fairy tales were passed down through generations with an almost superstitious commitment to accuracy. Storytellers would gather in the evenings to tell the same tale, and if any person varied, they would put it to the counsel to determine which was the correct version. In this way, stories were recited and transmitted for hundreds of years nearly word for word. A fantastic accomplishment, and a testament to the strength of Ireland’s belief in fairies, banshees, changelings and leprechauns. 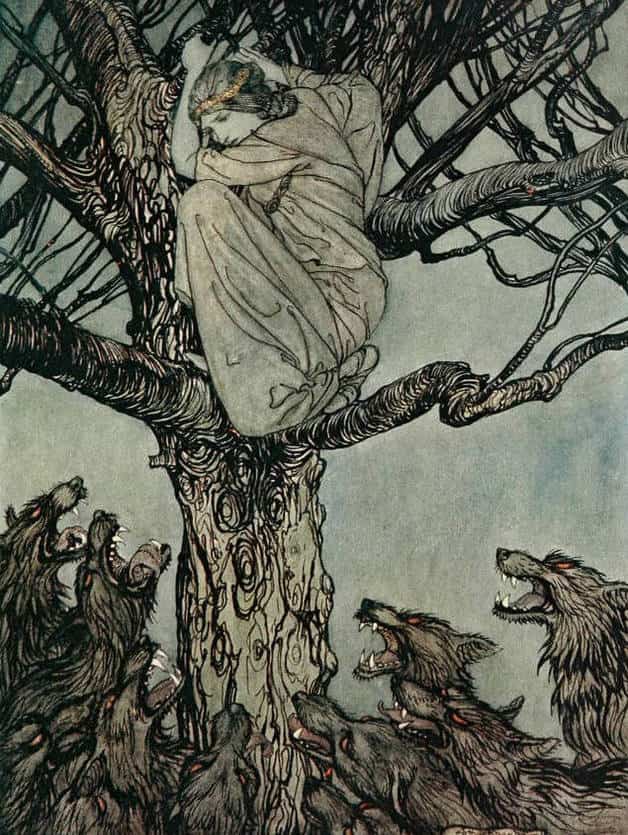 With fairy poetry ever popular, these mythical creatures are alive and well in the hearts of the Irish today, and many will tell you they’ve seen them with their own eyes. Irish folk tales don’t end with the mythological, in fact, their history is so robust with epic poems, ballads, songs and literature that the folklore is categorized into four cycles: The Mythological Cycle, the Ulster Cycle, the Fenian Cycle, and the Historical Cycle. Of course, the Mythological Cycle contains the stories of gods and goddesses and how the Irish came to be. It is home to stories from the Golden Age of Ireland.

The Ulster Cycle represents Ireland’s Heroic Age with stories of battles, war, famous heroes and kings, and epic love. Similarly, the Fenian Cycle also contains the deeds of heroes, but these stories are mostly in verse, and the heroes battle with the spiritual world overcoming obstacles and physical tests. The Historical Cycle is dedicated to the ballads and poetry performed by the bards whose duty it was to record the lineage of Kings.

Scholars today do not believe that all of Ireland’s folklore has its roots in Celtic Mythology. Many famous Irish stories can perhaps be linked to classical literature, like the Iliad, as well; therefore, the history of Irish folklore, like much of European folk history, is difficult to trace to one specific source.  One of the largest anthologies of Irish Fairy Tales is a compilation by W.B. Yeats. Jeremiah Curtin and William Henry Frost also researched Irish folk tales and authored fairy tale books, which were well received by the public. Edmund Leamy, a famous folklorist, published his first collection of Irish Fairy Tales in 1889.

Irish folk tales have a simplistic beauty in the way they capture the spirit and pulse of the people. The heart of Ireland is contained in its folklore as it spins tales of marriage and birth, death and life, and all the quiet in betweens.