About: Philippine folklore, like many types of regional folklore, began in the oral tradition, passed throughout generations, with stories that reflect the people who tell them. The elements in the Philippine folk tales and fairy tales include the Filipino value systems, spiritual beliefs, and history. Reading these tales gives us a valuable insight to the cultures of these tribes from which the stories came. 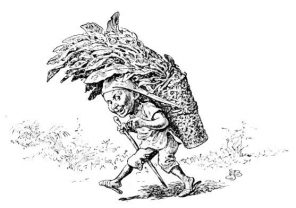 The most impressive collection of Filipino folklore or Philippino folklore is by Mabel Cook Cole, and was published in 1916. The collection features 61 tales. The stories were collected while her husband worked for the Field Museum of National History in the Philippines. Her work is one of the more impressive collections of folk tales from the Philippines, and is divided into five tribal groups. The first, Tinguian and Igorot, are natives from Luzon, the largest island in the Philippines. This section of Philippine folk tales features characters that are viewed as grand heroes, people who were the first in a period called “the first times.”  An example is Aponibolinayen, a mortal woman who marries the Sun. However, some of the characters reappear in the stories under a different name. The Igorot tales are tales of creation, with stories explaining how people originated.

Another collection of folk tales from Cole’s collection are Filipino fables. These tales are quite short. The fables can share elements with other nation’s stories, but also offers a look into the customs and beliefs of the Tinguian. There are several Philippine folk tales from the island of Mindanao, the second largest island of the Philippines. These tales were told by people whose belief system included a variety of nature spirits, with spirits in the stones and everything else in nature. Cole writes about how the people both respect and fear these spirits who they believe watch over them. The fourth section contain a scant two tales from the Moro, and the last section is stories of natives who were influenced by Christianity and European tutors.