Fairytalez.com » A. G. Seklemian » The Sparrow and the Two Children

Vart was the name of a boy who was six years old, and Vartoohi was the name of his sister, who was five years of age. Varteni, their dear mother, had died, and Vartan, their father, had brought home a stepmother who had with her a boy of her own four years old. Vartan was a well-to-do farmer, and as he loved his children he brought them nice suits of clothes and dresses, delicious food, pretty toys and many other presents. The stepmother, being a wicked woman, envied the little half-orphans and wished to destroy them that she might secure every good thing for her own child. In order to attain her vile purpose she secretly boiled the seed which her husband was to sow in the field that year. The wheat, of course, did not grow, and as there was no crop, the farmer had to borrow to meet his expenses. The following year she played the same treacherous trick and increased the farmer’s indebtedness so much that the poor man, giving up every hope of the farm, went away to sojourn in other countries to earn money. That was what the wicked woman desired with all her heart. She fed her son with meat and pies, while she gave the half-orphans only a handful of boiled wheat to eat. One day she decided to take Vart and Vartoohi to the river as if to bathe them, and there to drown them. That day the two innocent half-orphans had taken their handful of boiled wheat and were eating it in a corner of the yard. They saw a small sparrow which was jumping and hopping around them, and chirping and chattering as it leaped. Vart wanted to kill it with a stone, but Vartoohi prevented him. As they were eating their poor, scanty meal, they listened to the little birdie, and lo! they thought they could understand what it was chirping.

“Orphans, orphans! good little orphans!” the little sparrow was saying, “give me a few grains which I may take to my little ones in my tiny nest and I will give you good counsel.”

The children cast a few grains to the bird, which after taking them to its nest came back, saying: 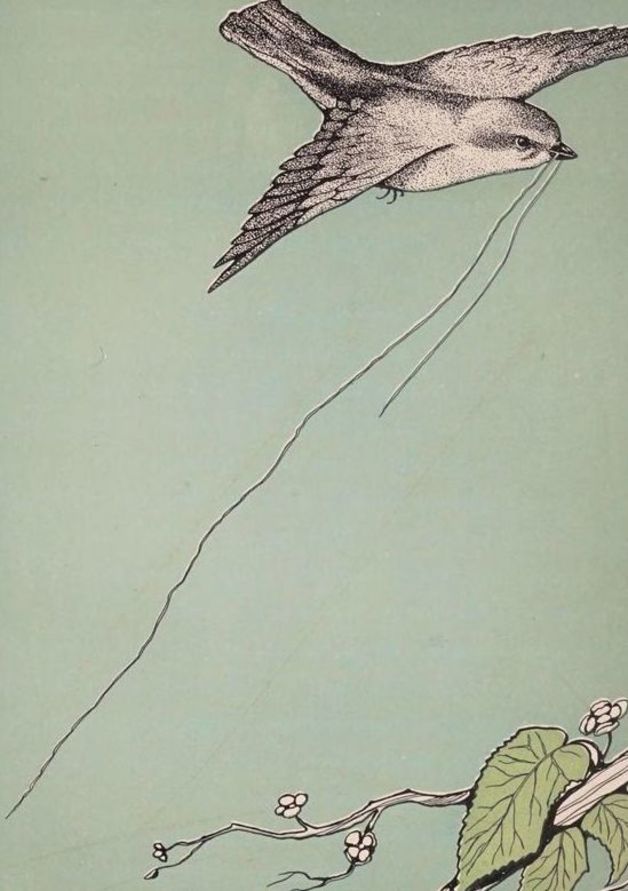 And the little sparrow flew away. Soon the stepmother came, saying:

“Get up, you dirty things! we will go to the river, where I may bathe you.”

“You go first, mamma; we will come by and by,” answered the orphans.

And following the advice of their little feathered friend they ran away to the mountains. The stepmother never searched for them, and the two children wandered in the forest until evening. At nightfall they entered the hollow trunk of an old sycamore tree, repeated the prayer which they had learned from their dead mother, and lay down to sleep embracing one another. Soon after daybreak the faithful sparrow came, and the two children waking heard it chirp to them:

“Orphans, good orphans, come and eat; there is boiled wheat for you.”

They immediately got up and ran after the sparrow, which led them until they came where an old woman brought a kettleful of boiled wheat, and emptying it under a tree, went away. A great many little sparrows were gathered; the two half-orphans sat with them at the table. The good old woman used to bring the kettleful of wheat and empty it under that tree day after day. She did this in memory of her children and grandchildren, who had died when they were young boys and girls, and whom she had loved very much. She believed that these little birdies were the spirits of her dead little ones. So these two half-orphans lived with the little sparrows for a long time.

One day as the Prince was hunting in the forest he met Vart and Vartoohi, took them with him to the palace, loved them and adopted them as his son and daughter. The children were so pretty and amiable that all the court loved them dearly. But Vart and Vartoohi were not happy.

“What is the matter with you, my children?” asked the Prince; “what is the cause of your grief?”

“We long to see our dear papa who has gone away,” answered Vart.

“And we long to see the little sparrow, our benefactor,” added Vartoohi.

The Prince sent out men in search of Vartan, the father of the children; and finding him, brought him home. He punished his wife for her wickedness, and embraced his children. The Prince kept him also, as a messenger in the court. But who could find the sparrow? It came by itself one day, and alighting on the window where the orphans were, chirped:

“You blessed little orphans, you pitied my little ones and gave me grain, and lo! Heaven has bestowed upon you so many bounties. May you continue to be blessed and to be happy.”

The Prince liked the little sparrow for its good services and permitted it to build its nest thereafter under the eaves of the palace. All sparrows which at the present time build their nests under the eaves of houses are the descendants of that good sparrow. Let us be good even to the sparrows and they may bring good to us.

Prev Story The Old Woman and the Cat
Next Story