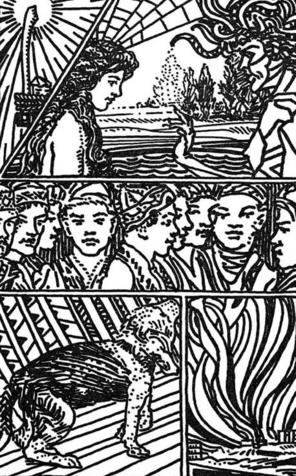 About: The folklore and fairy tales of Finland are often heartwarming tales of bravery and goodness, where kindness is rewarded, and the simple life praised. Finnish folk tales were adapted and altered in contemporary times, so as to become suitable children’s stories, where once they were meant for adult audiences only.

Animal stories and nature tales are the most widespread form of Finnish folk tales. While most stories were meant to entertain, many also informed children of the dangers of the woods, or imparted societal values. Within these charming tales, good manners, politeness and morals were taught through the trials and triumphs of enchanted animals, and good-hearted farmers.

Virtues like honesty, moderation and simplicity are extolled, while braggarts and boasters are kindly reprimanded. The tales often directly invite the reader to enter the Finnish landscape, to wander down a lane and find a certain family still making jam to this day, or to recall the mountain ash growing by a particular wayside.

It is their own language and vocabulary that sets Finnish folklore apart from other oral traditions, and their own unique customs and games that get mentioned in the stories. Often, these occurrences can be easily overlooked in the fairy tale or folk tale, as they are not significant to the main plot. But, for the curious and aware reader, they offer a special peek into 19th century peasant life in Finland. Parker Fillmore, author of The Laughing Prince, collected and edited fairy tales, publishing them in Mighty Mikko: A Book of Finnish Fairy Tales.